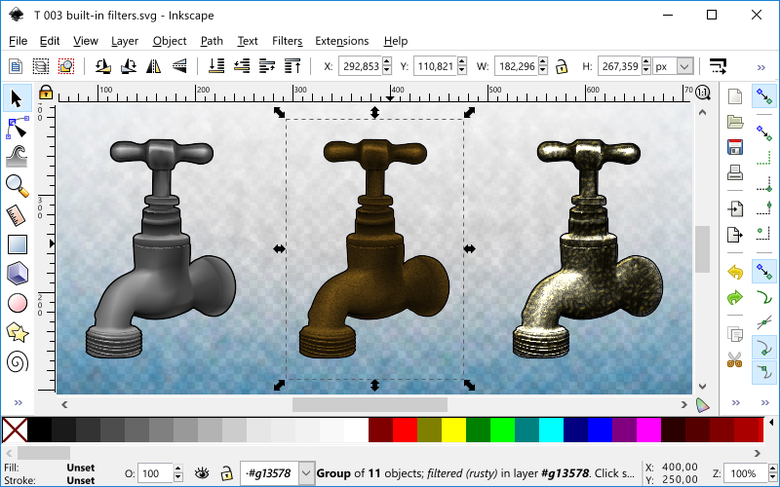 When working with inkscape, keep an eye
on the bottom indication line.
Selecting an object on screen, it shows
if there is a filter added.
This case, the selected object depicting a faucet is a group,
and it has a filter added which is named ”rusty”.

Note how the selection box is not touching the edges
of the visual boundaries of the object.
That is due to by default visual bounding box is set.
Certainly it doesn't make sense at this point,
so better rephrase that as if not geometric bounding box
is set, something interferes with the visual cue
when filters are involved.

It also often helps to understand
a document's structure to switch rendering modes.
With no filters rendering mode usually
the filtered objects are sticking out.

To toggle between rendering modes,
press Ctrl+5 on the numpad.